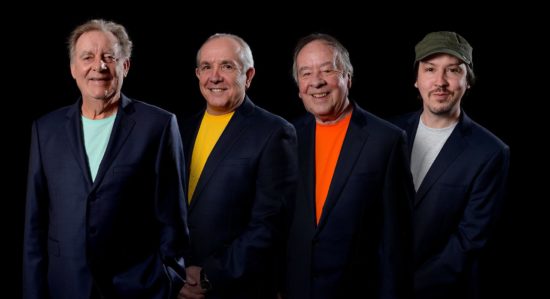 Taking audiences on a magical roller coaster ride back to the most exciting time in musical history and bringing endless hits from the sixties and early seventies to life!

Dozy, Beaky, Mick and Tich scored a number one hit in the UK Singles Chart in 1968 with ‘The Legend of Xanadu’. The combined sales figures were in excess of one million copies. Their other top 10 UK hits include, ‘Hideaway’, ‘Hold Tight!’, ‘Bend It!’, ‘Save Me!’, and ‘Last Night in Soho’.

The Tornados offer the ultimate rock ‘n’ roll experience with a highly polished performance and a repertoire to match! Paul McCartney gave the thumbs up of approval after having personally jammed with the band himself.

The band has a host of experience, playing with some fantastic and, quite frankly, legendary artists. They will have you dancing, swinging, shaking and shouting all night long!

They are joined by The Casuals, best known for their hit “Jesamine” which reached No.2 in the UK in 1968.The New Casuals are a result of member changes over the years but the legend continues with the band performing Casuals hits plus a selection of great songs from the sixties.