The Hallé at King George’s Hall: A special concert to celebrate the 200th anniversary of the birth of Sir Charles Hallé, the orchestra’s founder. 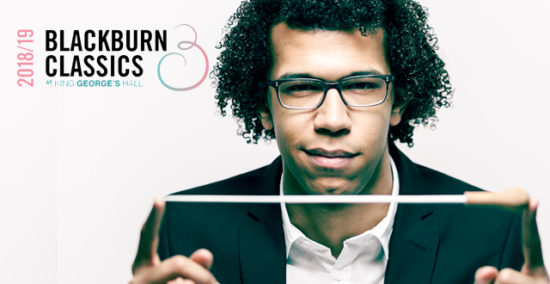 This special concert celebrates the 200th anniversary of the birth, on 11 April, of Sir Charles Hallé, the orchestra’s founder. As well as being a pianist and conductor, Sir Charles was also a composer and we have a fascinating chance to hear one of his works in an orchestration by C. M. Wagner.

In the first half, after Beethoven’s stirring overture, the orchestra’s hugely talented Assistant Conductor Jonathon Heyward is joined by Heejae Kim, winner of the Terence Judd-Hallé Orchestra prize at the 2015 Leeds International Piano Competition.

Her interpretation of Mozart’s lovely G major concerto is hugely anticipated. Sibelius, working on his Fifth Symphony, wrote, ‘It’s as if God the Father had thrown down the tiles of a mosaic from heaven’s floor and asked me to determine what kind of picture it was.’

Though his shifting of the tiles was a long and arduous process, his picture ends in triumph, the swinging phrases of what he called his ‘Swan Hymn’ ringing out in life-affirming fashion.

The founder of Britain’s oldest professional orchestra, was born Karl Hallé in Hagen, Germany on 11 April, 1819. Having studied music in Germany, Hallé went to Paris in 1836, but left in 1848 after a revolution in the city, settling with his family in London. After coming to England, he changed his name to Charles Hallé.

Hallé arrived in the North-West after accepting an offer to run Manchester’s Gentleman’s Concerts, which had its own orchestra.

The Hallé orchestra grew out of Charles’ involvement with Art Treasures of Great Britain, the biggest single exhibition Manchester has ever hosted, in 1857. He was asked to put together a small orchestra to play for Prince Albert, Queen Victoria’s husband, at the opening ceremony. Hallé duly obliged and decided he liked the idea so much that he kept his band of musicians together, forming the fledgling orchestra.

The orchestra’s debut concert was on 30 January 1858 at its initial home, the Free Trade Hall. The orchestra gave a three-and-a-half-hour concert and demand for seats was so frantic, a one-way traffic order was imposed in Peter Street to handle the volume of carriages.

In 1891, he helped to establish the Royal Manchester College of Music, where he served as head and chief professor of pianoforte until his death in 1895.

Pre-concert talk
Jonathon Heyward in conversation. The talk will commence on the raked seating at 6.30pm. Tickets cost £3 and include a complimentary drink.

King George’s Hall are approximately 10 minutes walk from the bus and train stations, so are easily accessible by public transport.