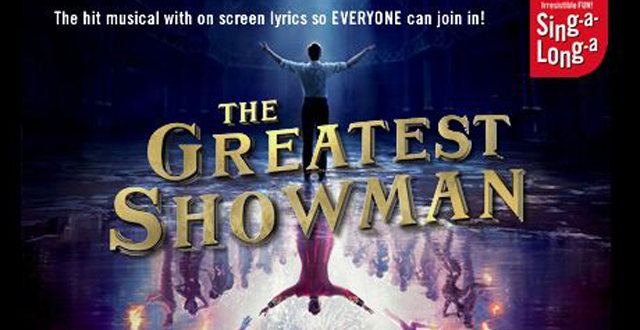 This June, King George’s Hall will present The Greatest Showman Sing-A-Long-A! The unique interactive event from the producers of sing-a-long-a Sound of Music and Grease.

After its chart busting success, the smash hit film comes to King George’s Hall complete with onscreen lyrics, a live host and an interactive fun pack so everyone can join in.

Look out ‘cause here it comes…

Cheer Hugh Jackman, lust after Zach Efron and hiss Rebecca Ferguson (or maybe not) as you experience The Greatest Showman in the greatest way possible – with lyrics on the screen so you can join in as loud & as proud as you want.

And it’s marching on to the beat we drum…

Ben Freedman, the show’s producer, said: “Sing-a-long-a The Greatest Showman is much more than just a film.”

“It’s an event, an interactive experience and most definitely the most fun you can have with a top hat on.”

Every performance starts with a Sing-a-long-a host who will warm up the audience, train them how to interact with the movie using the contents of their free props bag and heckle in all the right places as well as judge the fancy dress competition.

Even if you’ve not experienced a Sing-a-long-a before – now is the time!

Dress up in your best top hat and tails, add a beard if you fancy, and sing and dance your heart out in a night that’s guaranteed to put a smile on your face and music in your heart!

The unique, interactive entertainment form known as Sing-a-long-a was allegedly born in an old people’s home in Inverness. The nurses wanted to involve the residents in an interactive group therapy and decided to screen Seven Brides For Seven Brothers and gave out song sheets so everyone could sing-a-long.

The idea was then developed for the Sound of Music for London’s Gay and Lesbian Film Festival in 1999, before opening at the Prince Charles Cinema in August of that year. The initial eight-show run soon sold out and attracted huge media attention. Regular shows have been running around the world ever since!

Now, comes the dream union of The Greatest Showman and Sing-a-long-a!

Suitability for children: Sing-a-long-a The Greatest Showman is a PG certificate film in the UK.

Children are very welcome, although evening performances can sometimes get a little lively and so may be more suitable for older children.