Fabulous, darling! Joanna Lumley brings It’s All About Me to Blackburn this November! 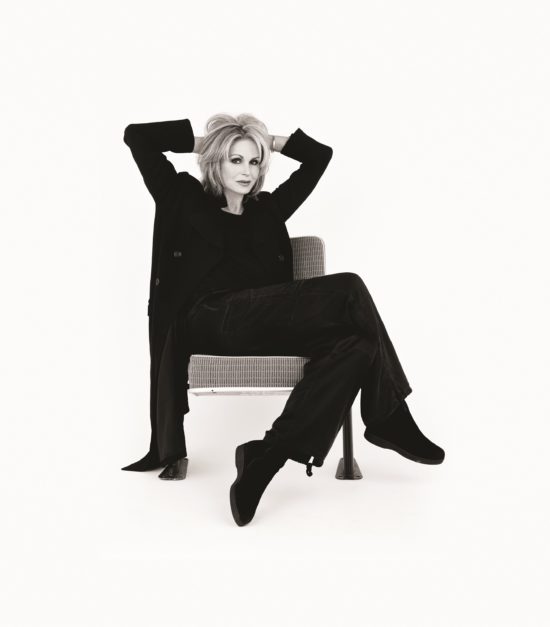 The legendary Joanna Lumley will embark on her first ever live tour, It’s All About Me, with a stop at King George’s Hall this November.

Joanna will take audiences through her hilarious and interesting adventures, from her incredible career spanning more than four decades, recounting some never heard before stories. She will also be joined on stage by friend and producer Clive Tulloh, who will put to Joanna questions from the audience that they’ve always wanted to ask, making the show a unique and hilarious night to remember.

On announcing It’s All About Me, Joanna said: “The thought of this tour next year, travelling across the British Isles and Ireland, has completely taken over my waking hours.

“It’s utterly thrilling to start planning the stories I can tell, and the rapture (and gratitude, to be fair) with which I shall greet the audiences.

“Nothing like this has come my way before, and I may have to be dragged off with a hook at the end of each show. Oh people! This is especially for you from me, with masses of love.

“I think it will be fabulous.”

Joanna, icon, national treasure, activist, comedy actress and all-round top girl is barely off our TV screens and appears to have been a permanent fixture in our sitting rooms since she burst onto our screens as Purdey in the New Avengers in 1976.

Now in a nationwide tour she will take us through the random journey that started in London in the swinging 60’s. Beginning as Jean Muir’s house model and muse, progressing to becoming a full-blown photographic model, featuring in knitting patterns, mini-skirts, toothpaste commercials and the occasional front cover.

From there Joanna will share her stories of her acting career that includes Coronation Street, On the Buses, Dracula and as a brainwashed Bond Girl in Blofeld’s lair in On Her Majesty’s Secret Service.

Joanna’s breakthrough role was as Purdey, a part for which over 800 girls auditioned. Purdey propelled her to instant fame and created one of the “must-have” hairstyles of the 1970s – the Purdey bob. She became a pin-up figure for a generation of British males who grew up watching her as the high-kicking action girl.

Alongside iconic hairstyles Joanna started to develop a nice side line as adventurer and activist; popping up all over the globe she was often seen gasping at the Northern Lights, turning her bra into espadrilles and finding the source of the Nile.

Then as Patsy Stone in Absolutely Fabulous she became a degenerate role-model for a generation. Winning two BAFTAs, Joanna emerged as one of the best comedy actresses of her generation. For 25 years the adventures of Patsy and Edina have sporadically lurched across our screens culminating in AbFab The Movie in 2016.

This intimate night at King George’s Hall with Joanna tells some of these tales, and more, as we gallop through almost 50 years in this business we call show!

Clive Tulloh first met Joanna on the set of the Full Wax in 1991 and has barely let her out of his sight since.

As producer of Girl Friday in 1994 he was personally responsible for her appalling living conditions and meager diet. It was this experience that cemented their friendship.

Since then they have made over 20 hours of documentary television together, including the recent adventures to India, Japan and the Trans-Siberian Railroad.

He is sometimes allowed to work with other people and won a BAFTA (three less than Joanna) with Ross Kemp and if you have a very good memory you will remember Ruby Wax shouting at him while they pursued the likes of Pamela Anderson and Imelda Marcos in Ruby Wax Meets.