Rob Lamberti is a familiar face, so to speak, having forged a very successful singing career impersonating the pop star George Michael and, in the process, becoming something of a star himself. 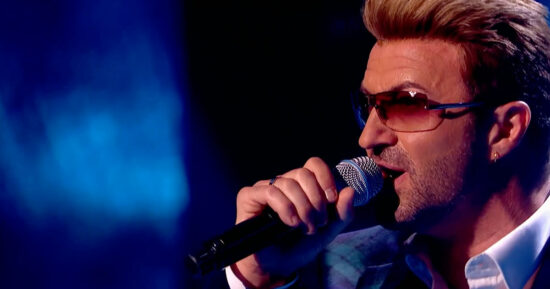 Not only does Rob Lamberti sound like George, his resemblance is so great that when Rob appeared as George on Stars in Their Eyes in 1994, the programme’s make-up department had to ‘tone down’ his natural appearance before the ‘transformation’ took place, so as not to give away who Rob would be impersonating.

From the live final of ‘Stars in Their Eyes’ to being hired by George Michael himself to promote his 25Live album, this is a performer in a different league.

With some of George Michael’s personal musicians proudly joining Rob’s band, his performances are guaranteed to hypnotise your senses and do justice to one of the greatest singer-songwriters of our time. Experience an exceptional moment with George, courtesy of the voice that captures his timelessly.

Tickets are now on sale for this unmissable show.

Tickets priced from £21.50 (a transaction fee will be charged per booking)

At the box office at the venue